Flea: 2 year hiatus, solo record .... and I never saw the money or the pants again

As fellow L.A. Times blog All Things Trojan reported last night, Michael Balzary -- better known as Flea 'round these parts -- is indeed a freshie at USC. I interviewed the bassist last week about Hullabaloo, the upcoming benefit concert for the Silverlake Conservatory of Music, which he founded with childhood friend Keith Barry in 2001, and we got a chance to gab about his classes, his upcoming solo work and whether or not things will be resuming with the Red Hot Chili Peppers.
--Margaret Wappler

So you're taking classes at USC. What brought that on?
I’m glad my music education has developed the way that it has, but it’s so much fun to learn this stuff because I never knew anything. I played trumpet in the school bands. I learned things I liked to play on my trumpet but I didn’t learn why this note goes with this note and why it produces that sound. Or how to create tension in the composition. The Chili Peppers did that in our song structures but all based on emotion and intuition as opposed to knowing the math and academics of it. Knowing the structure is really fun.

What classes are you taking?
I'm taking three: theory, composition and jazz trumpet.

What are you studying in jazz trumpet?
In jazz trumpet, I’m improvising over jazz changes and getting comfortable with that. I’m also studying with a classical guy named Boyd Hood who plays with the L.A. Phil. But the jazz teacher at USC is named John Thomas. Right now he's having me transcribe a trumpet solo from Lee Morgan off the track “Party Time” from the album “The Procrastinator.”

Do you ever get any students who say, "Why are you here? You don’t need this, you’ve been in a successful band.
"Well, not from people there, but people outside the school have looked at me like, what are you doing? Except for real musicians who understand. I think most people see it as being about commerce –- you only go to school to make money, and you already make money playing music so why would you go to school? It seems backwards but it makes perfect sense to me. My whole musical life has been an educational process and I’m just furthering my education and filling in the blanks. There’s stuff that I want to know that I don’t know.

So, are the Chili Peppers working on a new album?
No, we’re on a major hiatus. It's a two-year hiatus.

And that was very set? You said, 'Two years and then we’ll talk about starting again"?
Basically, yeah. We just needed two years. We had our noses to the grindstones so hard for so long. We needed to get away from it and get a fresh perspective on things.

At this point, do you guys have plans to get back together and record something else?
We’re just taking the two years off and seeing where we are at the end of that.

What about solo work for you?
I’ve been making a record at home and it’s nearly done. It’s mostly instrumental stuff but I have Patti Smith singing on it and the choir from the school but mostly it’s an instrumental record. I’m not sure how to describe it but a lot of people have described it as cinematic, like soundtrack music. It’s not really a commercial enterprise, it’s not going to be on rock radio or anything. The record is based on the character Helen Burns from "Jane Eyre." I love Charlotte Bronte and all of the Bronte sisters.

I've got to ask: Do you still have the stuffed animal pants?
Someone stole them. It’s so funny because for years I always lived in crappy little apartments but right when we got the money from signing with Warner Brothers I got to buy a house. I bought a nice house in Los Feliz that I was real excited about. I drove home and the first night at that house, someone broke into my car and stole my bass, my leather jacket and those stuffed animal pants out of my trunk. And I had lived in crappy neighborhoods for so long and never got robbed. As soon as I stepped up, someone took my stuff. I commissioned the girl who made them to make me another pair and I never saw the money or the pants again. 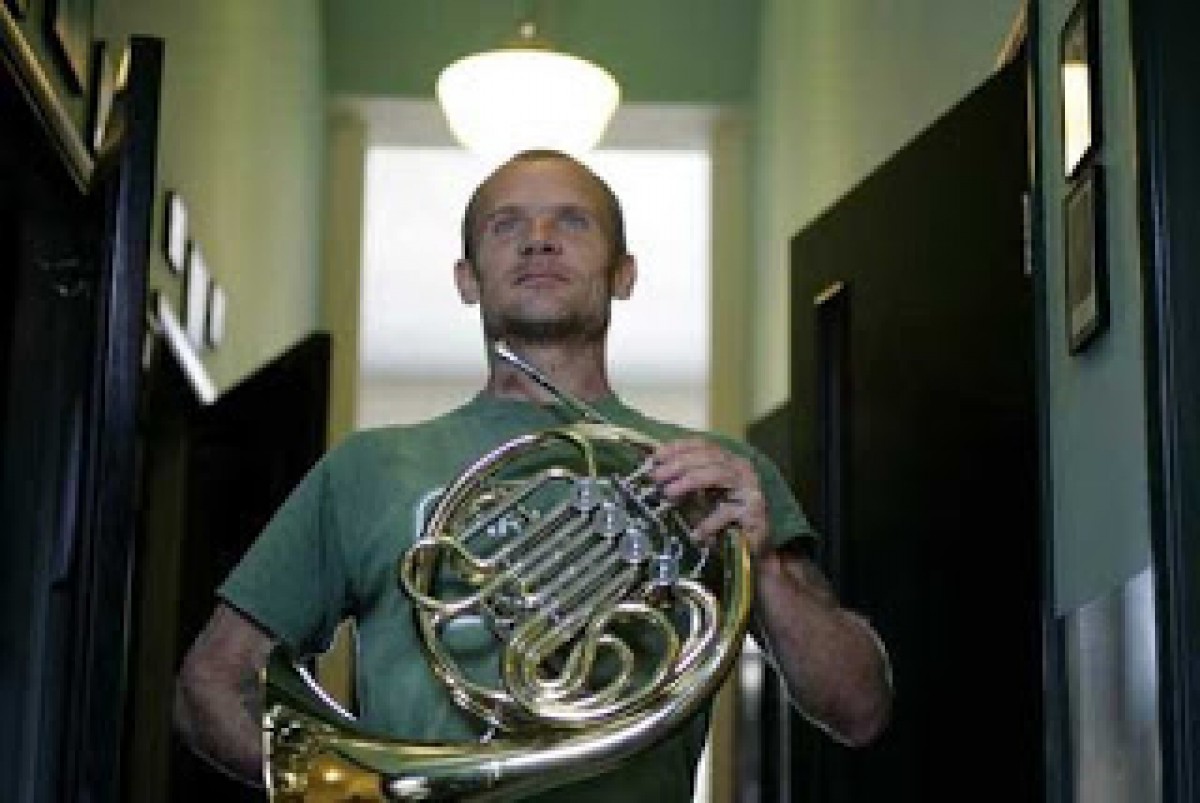