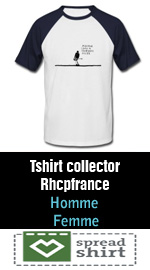 <i>let's begin with the end: a 40 minute jam!<br><br>after "under the bridge" anthony announces "search And destroy". what was probably meant to be a jam-outro to this song becomes an awesome and one of a kind 3 guitars. 1 bass jam. <br><br>at first, it's all four peppers. after about 5 minutes into the jam, anthony retreats and makes himself comfortable on the equipment next to chad. chad, flea and john continue to jam. after another 10 minutes chad leaves his drums and joins anthony (who, just as an aside, is annoyed by chad's cigarette smoke. *g*). meanwhile omar rodriguez, guitarist with The Mars volta, has joined john and flea. the jam continues with omar standing at flea's usual spot, flea standing next to the speakers with chad and ant on them. john moves back and forth between his normal spot and flea And omar. seems as if he's unsure of where this jam will lead to. musicwise it was switched from "search and destroy" to a dub-like sound which then slowly changes to a somewhat psychedelic jam which then progresses to a funky rock. <br><br>now, about 15 minutes into the jam, john kneels in front of a somewhat puzzled looking omar rodriguez. flea also gets down on his knees and starts moving over to john and omar, who will then join them on the floor. the light has changed from bright white to orange-yellow-reddish. with it, the atmosphere has become livingroom-like. chad is still on the speakers, smiling; ant has left the stage. john is Completely immersed in his music. he sways back and forth, his head at times tilted backwards. suddenly he gets up, his face lit up in a smile. he walks over to the wing of the stage and talks to a crew member. still playing his guitar. with an even wider smile. john re-joins omar and flea. but instead of the mars volta bassist (as one might have expected) a grey haired guy in his early 50's wearing a suit enters the stage. he's handed one of john's guitars and walks over to the trio which is still comfortably sitting on the stage floor. he sits down and joins the jam, feeling a bit awkward at the beginning, but soon getting into the mood. it's michael rother of the german band "neu"! incredible! rother, rodriguez, flea and john continue a very mellow jam which is one of a kind. magic! words fail me. it's a very simple tune, but so full of clarity and so intense. very john-like. something you'd expect to hear on his albums. simple, clear, intense. <br><br>after a while chad starts drumming. the mood of the jam slowly changes from mellow to rock. all five musician bring the session to a very smooth end. rother, chad and flea leave the stage. john walks up to the microphone. with a huge smile and a sparkle in his eyes. he's so damn happy!</i><br>Source: Jftab forum